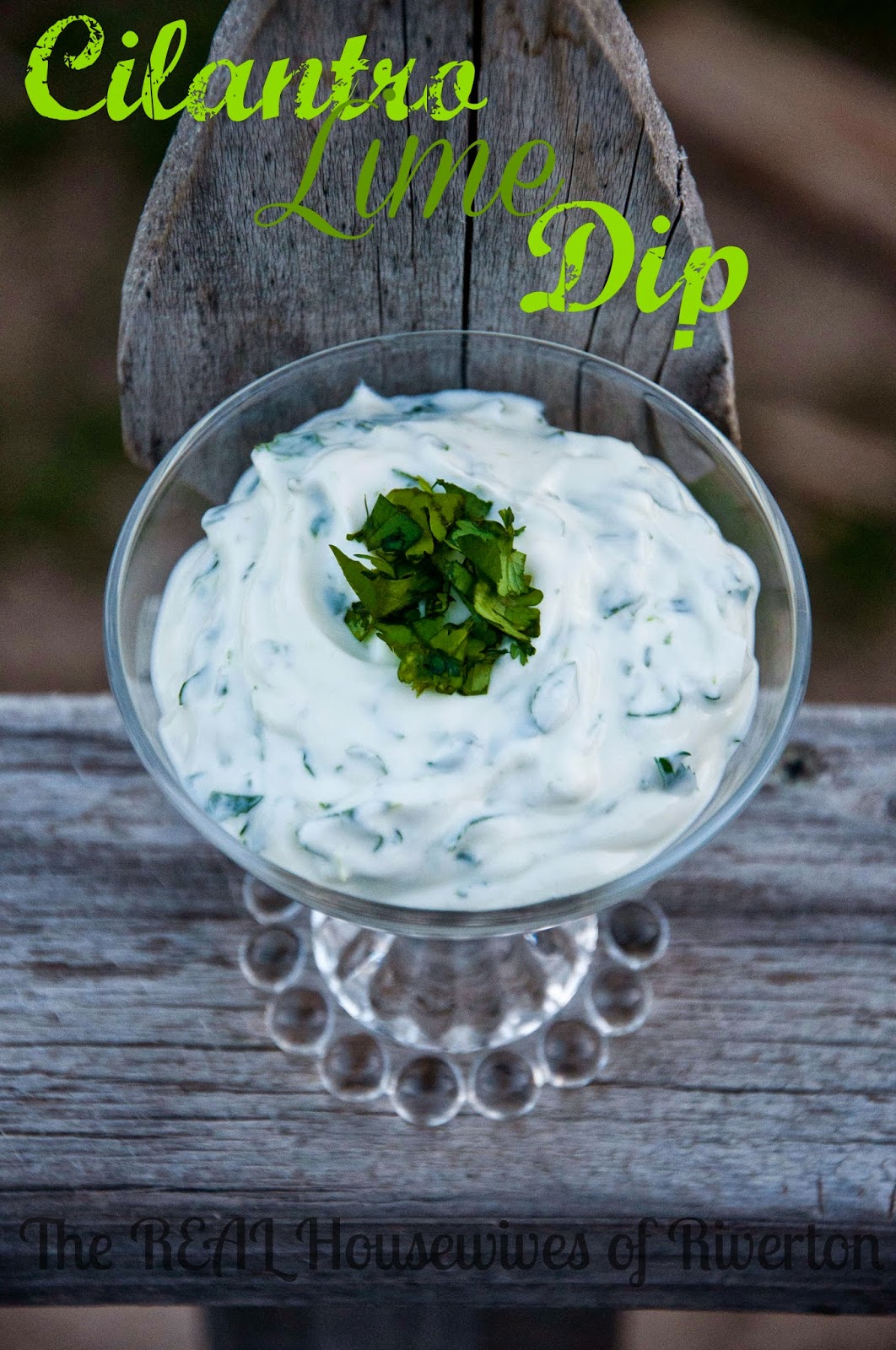 The wonderful young men and young women of our ward did an awesome Iron Chef activity and asked me to be a judge!  The “secret ingredient” was sour cream.  I was so impressed with what an awesome job these kids did!  I will admit I was a little nervous at first, but they did such a great job my nerves were quickly calmed.  One of the groups made a cilantro lime sour cream dip to go with the nachos they made.  It was so yummy!  Unfortunately I didn’t get the recipe from them, so I had to make up my own.  I knew theirs had cilantro, lime and sour cream…so I started there and came up with this delicious recipe. 🙂
Cilantro Lime Dip
Recipe By Paula Iniguez of The REAL Housewives of Riverton
1 cup sour cream
1/8 cup chopped cilantro
Juice of one lime
Zest of one lime
1/2 teaspoon season salt
(feel free to add more, I personally didn’t want to over power the cilantro and lime taste)
Mix all the ingredients together until well combined.  Serve as a chip or veggie dip, or with burritos, tacos, or nachos!  Thank young men and young women for the recipe inspiration!  Enjoy! 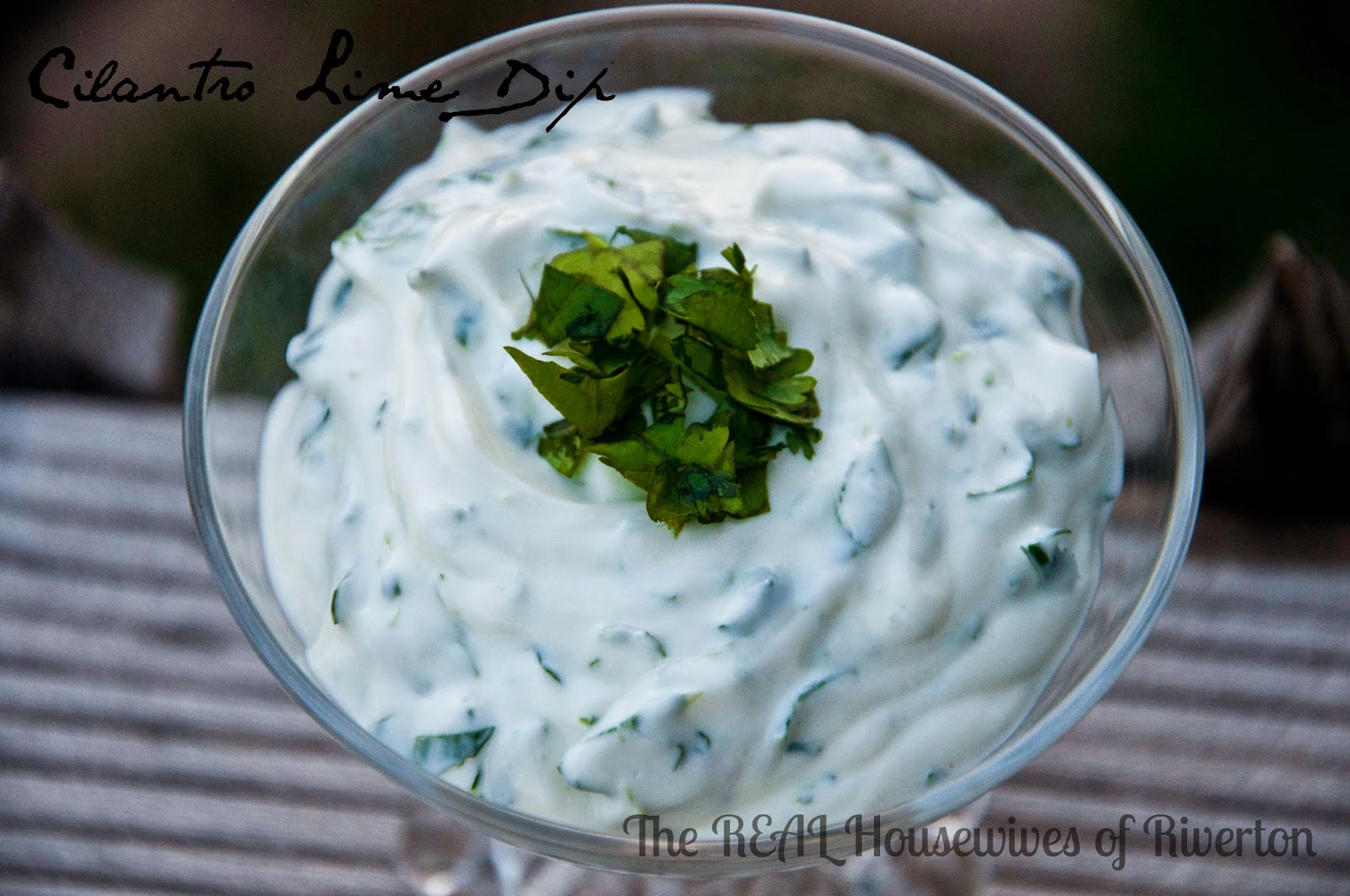 © The REAL Housewives of Riverton, 2011-2012. Unauthorized use and/or duplication of this material without express and written permission from this blog’s authors and/or owners is strictly prohibited. Excerpts and links may be used, provided that full and clear credit is given to The REAL Housewives of Riverton with appropriate and specific direction to the original content.