If you follow any of my social media, you may have seen a preview of this a few weeks ago.  I’m so excited to share this with you!  It was such a fun and delicious meal! 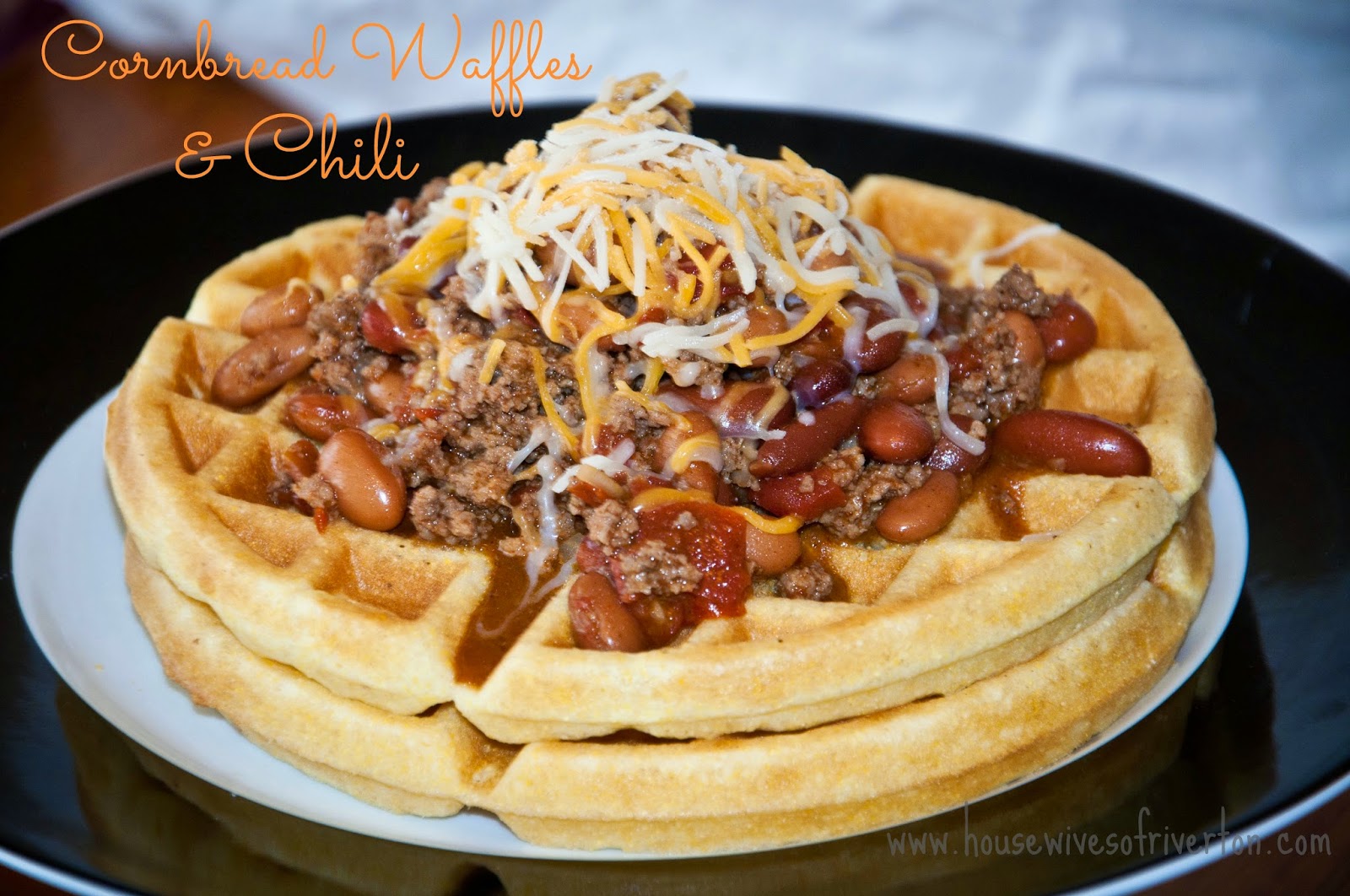 Early in mine and Josh’s marriage, he talked about wanting to make his mom’s chili.  I asked him how she made it, and while he was describing the ingredients, I asked “Are you sure this isn’t just the recipe from the McCormick’s packet?”  He firmly assured me that it was NOT the McCormick’s recipe and that he was certain she had learned this recipe from her mother.  A few days later we called his mom to get her chili recipe.  I can’t even describe the look on Josh’s face when she told him that her recipe was in fact, the recipe from the McCormick’s packet.  I laughed for a really long time and to this day when we make chili, we refer to it as his mom’s “super secret recipe”. 🙂
Our kids aren’t picky eaters…but when it comes to chili and soups, it really depends on their mood if they dive right in and love it, or if they eat what their given and go on their way.  I decided to mix things up a little and instead of just making cornbread, I used our waffle iron to make cornbread waffles.  Our kids LOVED it!  They seriously thought it was the coolest thing ever and ate their dinner like little champs.  And the best thing is this meal can be as involved or not as you like.  If you have a homemade chili recipe and a homemade cornbread recipe, you can use those…or just use a can of chili and a box cornbread mix.
To make the cornbread waffles, just make your cornbread mix as you normally would and then scoop on to your waffle iron and cook it like you would a waffle.  It’s super easy!  Top off your waffle with the chili of your choice and any toppings…cheese, sour cream, and chopped green onions are what I love.
It’s a fun way to mix up a meal you’ve had a hundred times!  Enjoy!

© The REAL Housewives of Riverton, 2011-2012. Unauthorized use and/or duplication of this material without express and written permission from this blog’s authors and/or owners is strictly prohibited. Excerpts and links may be used, provided that full and clear credit is given to The REAL Housewives of Riverton with appropriate and specific direction to the original content.
Creative Housewives
Latest posts by Creative Housewives (see all)